BWFCPC-7015 series is a multifunctional Network Adapter which performs the adaptation of interfaces between ASI and Gigabit Ethernet, and then multiplex and scramble the MPEG transport streams before sending to local headend system or Ethernet transport network.

The BWFCPC-7015 series adopts Bravo’s flexible licensing mechanism for scrambling functions, with one 100Base-T Ethernet interface available for connection to the conditional access system(CAS) as well as to the network management system(NMS).

This flexibility and versatility enables operators to reduce total cost of ownership. It can be widely applied to central head-end and remote headend system in CATV, DTT and SATV networks.

· Multiple adapter options: ASI to IP, IP to ASI, both IP to ASI and ASI to IP

· Up to eight ASI inputs (or outputs) 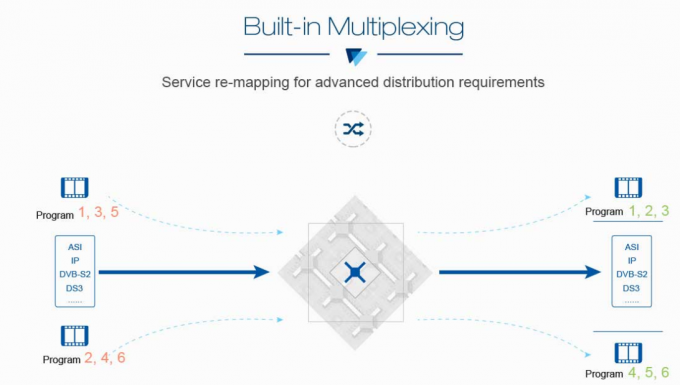